We all understand global warming is causing the ice at the poles to melt faster than they normally would. Intellectually we understand the effect of this is the seas will rise. Satellite measurements provide specific data.

Over the last 100 years, the sea has risen on average across the world between 4 and 8 inches. That fact itself does not seem so alarming – we should be able to cope with 0.08 inches a year, surely? This is not the cause for concern.

The real worry is the rate of rising in the last twenty years has been 0.13 inches per year, nearly double that of the prior eighty.

Warmer water expands. It simply takes more space than cooler water does. Think about a frozen pipe in the winter. It is not ice that bursts the pipe, it is the expansion as the ice melts. 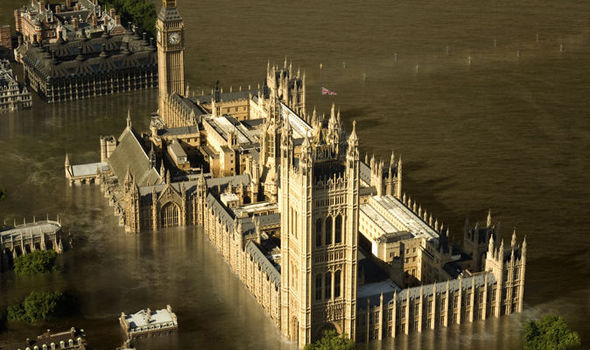 The same is true for the sea, and although the expansion amount is relatively small. There are a lot of oceans and all of them expanding at once creates a huge effect.

Add to the expansion the addition of extra water from melting ice. The large ice formations on earth naturally melt a little during the summer. Under normal circumstances, the differences would be compensated for in the winter snows. But less snow means the balance is not maintained and there is more runoff from melting than there is replacement with snow.

In addition to the above effects, scientists believe there is water under the big ice sheets of Greenland and West Antarctica. This water is acting as lubrication and allows the ice to move more quickly into the sea.

The main effect is the coastline will move inland. There are lots of caveats, but as a generalization homes built closes to the beach will find themselves closer if not too close for comfort.

The impact of seawater coming ever closer is significant. Probably the most selfishly important one is it will seep into drinking water as it mingles with freshwater in underground aquifers. San Diego is so concerned it has built the biggest desalination plant in the western hemisphere. The authorities there are clearly imagining bad times ahead.

Other changes to concern us include that farming will be affected. Irrigation needs fresh water just like we do, and the soil and earth itself will become saltier which can affect or even kill crops which prefer a different soil pH balance and do not adapt

Coastal wetlands will change beyond recognition. The plants and animals that live there will be affected further. In Florida for example, saltwater crocodiles will find their way closer to homes and alligators that are not comfortable in salt water will retreat inland. Not a comforting thought.

Scientists suggest we can expect a rise of between 11 and 38 inches by 2100. But if there was a meltdown of the Greenland ice sheet by then London would be under 23 feet of water.