Whether or not people agree on the concept or causes of climate change, nearly everyone in the world will agree that food is necessary to live and that the planet is indeed getting warmer. After reading an interesting article on my news feed, I learned that climate change affects the global food supply in several ways, and this made me delve headfirst into the issue and why this was possible.

Is Plant Life a Victim or Cause?

First I found that climate change affects plant life and stops farmers from growing enough food to meet the needs of the humans in their area, which causes prices to rise, food quantity to become limited, and even famines and shortages in various parts of the world. However, I also found out that agriculture is a potential cause of climate change. Certain forms of agriculture, especially growing food for cows and other herd animals, produce large amounts of CO2. To grow the feed needed, deforestation must happen to clear land, eliminating trees that absorb CO2.

Agricultural plants were dying because of greenhouse gas causing climate change, but the plants were also causing the very thing that was killing them! With my faith in the global food supply and the earth’s sustainability shaken, I began to search for ways to fix this problem.

I found out that one solution to this cycle is to implement climate-smart agriculture, which not only seeks to make agriculture more sustainable by using techniques like irrigation and shade trees but also helps both crops and animals deal with the changes quickly and produce less CO2.

Through management of the growth of crops and the feed of animals, farmers can prevent deforestation by reducing reliance on grazing and managing manure to keep the soil sustainable, and several farms worldwide are already doing this with support from the UN. 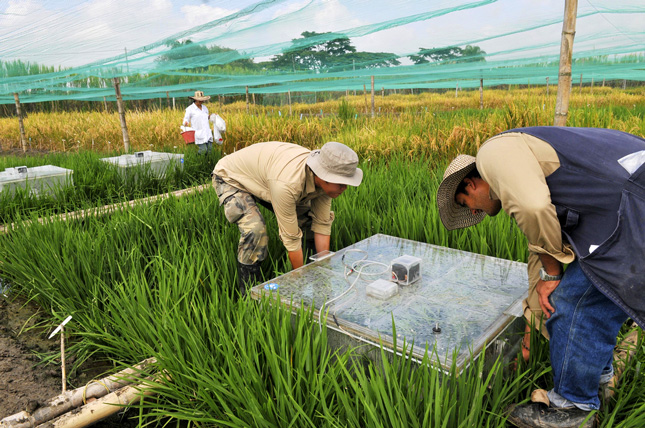 Changing What We Eat

Over 90% of all soy grown in the world goes to cows, and that requires a ton of land not just for the soy but also for the cows to graze on. Some say that an overreliance on meat is one of the key causes of climate change, and by shifting away from eating meat, we will be helping the planet.

This fact was a shock to me as I kept researching the effects of cows on the environment. I love a good hamburger or steak as much as the next person, but not at the expense of a rainforest or destruction of crops because of global warming.

Preparation for the Times Ahead

I knew that none of these solutions will work overnight to secure the global food supply, but planning for the worst now will save the planet and human lives later. I’m already looking for green ways to cut down on my own carbon footprint and do my part to save the environment, and also speaking to others and sharing what I learned after just an hour of study into the topic.

They say knowledge is power, and hopefully, by spreading it, I can do my part to save the planet we call home.